Discover Mystras, the last cradle of the Byzantine Empire 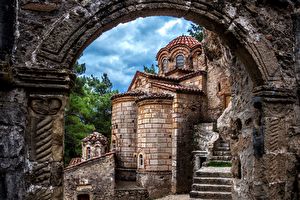