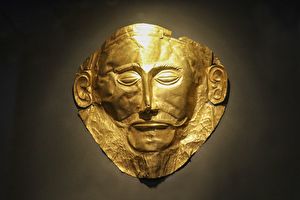 Perivoli lies in the prefecture of the Argolis in the northern Peloponnese – an area that is full of mythical stories and larger-than-life characters from Greece's ancient past. Even the name "Argolida" has legendary origins, coming from the ancient city of Argos, which was said to have been established by the son of a river god and it was from Argos that Homer tells of men going off to fight in the Trojan War.

So, it is not surprising that the area is full of archaeological sites that have their own mythical tales to tell of brave heroes, powerful kings, miraculous demigods and magical stories. Why not take a tour of some of the most interesting sites in the area with the help of our mythology map?

From Perivoli Country Hotel & Retreat in Pyrgiotika, go East to Epidaurus where Asclepius, the father of healing and wellbeing was worshipped. Said to have possessed divine powers, which he inherited from his father Apollo, his sanctuary was once the most important healing center of the ancient world. North of Perivoli Country Hotel & Retreat, you can visit Tiryns, the walls of which were said to have been built by the mighty Cyclops and the place where Heracles set off on his 12 labors. His first feat was to slay the lion of Nemea, just to the north of Mycenae, which lived in a cave on Mount Tritos. You can visit the temple of Zeus at Nemea and the ancient stadium where athletic games took place in the god's honor.

Make sure to visit Mycenae, founded by Perseus and later ruled by King Atreus and then Agamemnon, who set sail with his brother Menelaus and 1,000 ships to bring back the beautiful Helen of Troy alongside Achilles and Odysseus. Head back towards Nafplio and enjoy a coffee at the port while noting that this is where the argonauts allegedly set sail with Jason in search of the golden fleece. It is not surprising to hear that the town was founded by "Nauplios", son of Poseidon, the god of the sea. In fact, wherever you roam in the area, you will find that mythological characters and legends are to be found under every stone and in every name. Enjoy discovering them all!

We will be very glad to help you plan your visits to the above locations. Simply contact us for more details – now or when you arrive at Perivoli Country Hotel & Retreat.