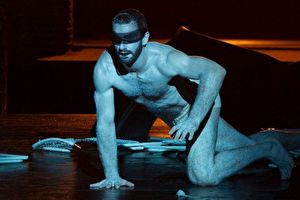 We may be in the throes of autumn with winter just ahead, but that is even more reason why the thought of summer sounds so good and with a weekend break planned from now, you can have something to look forward to.

At Perivoli Country Hotel & Retreat, we have lined up a wonderful weekend package for you to take advantage of during the period of the Epidaurus Festival from 21st June to 3rd August 2019. You can enjoy a midsummer night's weekend and get a 15% discount on the standard room rate when booking three nights (Friday, Saturday and Sunday) from June to September of 2019. In addition, a relaxing 15-minute head-neck massage in your room per adult and 2 cocktails of your choice next to the pool with magnificent views are included.

During your stay, you can choose from a selection of performances to enjoy as part of the cultural festival, depending on your dates and preferences. And if you have more than one event in mind, then why not book more than one weekend? Delve into the world of ancient Greek theater with performances of classic plays in the same venues that were filled with theater-goers over 2,000 years ago. The programme for 2019 is as follows: